“Meadowlark” from The Baker’s Wife is a song about a woman recalling a favorite story from her childhood which touched her young heart so deeply that it always made her cry.

The first half of the song tells the story she remembers, and the second half describes how she takes the crucial step of applying what the story taught her.

The story is about a blind meadowlark who has a voice like an angel.  And lucky for her, she gets taken in by an old king who loves her and promises her plenty of food and riches if she will sing for him and set him free.

As the story goes, the meadowlark agrees.  But one day while she is singing by the water, the Sun God hears her in his flight.  And he is so touched by her singing that he swoops down and brings her the gift of sight!

He promises her that they will dance on the coral beaches and make a feast of the plums and the peaches — if she will come fly with him.  He beckons, “Just as far as your vision reaches, fly with me!”

But the meadowlark turns him down because of her loyalty to the old king.

So the Sun God leaves, and when the king comes downstairs that day, he finds his meadowlark has died.

And the woman recalling the story sings, “Every time I heard that part, I cried…”

Before My Past Once Again Can Blind Me

As the song shifts to her present circumstances, we hear the woman begin to apply the wisdom from the story to her love life.  We witness her working things through.

You see, standing before her is a new chance at love and she notices she is hesitating.

Have you been there?

Are you there now?

Are you hesitating about something you really want to do?

Maybe it’s time to be a little braver

about creating a new path for ourselves, in love or otherwise.

Maybe it’s time for us to allow ourselves to be lifted to a new place and say to ourselves, “I’ve got to go… fly away, Meadowlark!  Fly away on a silver morning!”

In the song, the woman knows that if she doesn’t give this new relationship a whirl, she will regret it.  So she makes up her mind.  She decides to fly away and give it a go “before my past once again can blind me.”

Is This Your Time?

For many of us, perhaps it’s time to make a new decision or chart a new course instead of being influenced so heavily by what has come before.

Dr. Chris Michaels, author of The Power of You encourages: “I believe the spiritual journey you are on is right for you, and the challenges you face have been specifically chosen to bring you closer to Love.  I believe you are a sacred and holy being, and should be treated as such.  I believe the time has come for you to awaken to the power that lies dormant within you.”

This week, I wish you bravery, and the strength of clarity.  Be an explorer!  Be an adventurer!  Be a leap frogger!

For inspiration and encouragement, here is Liz Callaway singing “Meadowlark.”

And, as you listen, let the song inspire you to let go of your personal version of “old ways of thinking and being.”  Allow yourself to do a 180 if that’s what’s in your heart.  Or simply try on something new  — see how it feels and give it a test run.  According to many sources, this weekend is an especially auspicious time to turn over a new leaf or to change your course completely and begin anew. 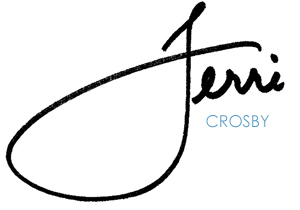