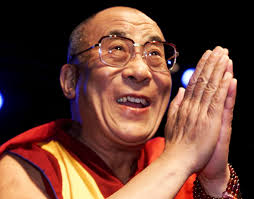 My husband Eric was diagnosed with a disease in October of 2013.  Never mind what it was.   Certain stories don’t bear repeating. I remember the day vividly because I sing for a choir — Womansong of Asheville.  A couple days after he was pronounced pretty much “outta here” by a local medical messenger of doom and gloom, I was scheduled to sing in a Womansong Concert (and I had a solo) and I remember praying that I would be able to sing like I cared about being there.  And I also prayed that I could sing knowing that the Universe is always helping me, even if I can’t see it.  I did fine and the concert was really great — the whole choir was elated about the success of the performance. Despite the discouraging news about his health, Eric’s will to live was strong.  Picture a team of ten wild horses on firm dry ground pulling a tiny ant on a little bitty sled.  It was like that.  Eric simply scoffed at the idea of dying.  It was not a concern for him. But his health seemed to deteriorate steadily, and Eric was placed in hospice. And then!  Eric turned a miraculous and unexplainable corner!  He started getting better. I’ll never forget the day he said words no one ever expected him to say again, “I’m hungry. Can you bring me some food?” The nurse looked shocked, followed quickly by delight and amazement.  She didn’t know what in the world to think!  But she brought him a tray — pronto! — and he consumed it. Then he asked for tubes to be removed.  And of course they were removed, because it is the job of hospice to grant final wishes. Nobody could figure out these stunning new developments which defied all logic and reason,  leaving hospice doctors and nurses shaking their heads.  Nobody knew what to say.  Or think.  But it made everybody really, really happy.  It made all of us re-think our beliefs system, that’s for sure! That’s the short story. Then, after days and days of certified blue ribbon well-being, and living in total appreciation, a couple weeks ago, Eric encountered a sudden change for the worse. It arrived in the form of strong back and hip pain and nausea.  A relapse? Nope, not good. The symptoms threw him completely off the merry-go-round.  He took it hard.  Emotionally speaking, he fell down and couldn’t get up.   The change was shocking to him, a devastating left jab he didn’t expect.  Understandably, his mind went into a spin.  In the middle of all of this, mine started to do the same.  It was clear that some form of relief was in order!  And since it’s not my job to control his mind, I thought I’d get to work on my own mind. So I did something that works for me.  What I actually did will sound insignificant.  I distracted myself with something I like to do.

Yes, it’s counter-intuitive to ignore a big hairy problem.  It seems practically wrong.  Irresponsible.  Unkind.  Uncaring.  Thoughtless.  Selfish. But I did it anyway. Because I knew that changing my focus would help me.  And I needed that.  A lot. I planted something. I put on my garden pants, my gloves, and in the heat of the afternoon, I dug little baby holes for my little baby heirloom Italian Red Pepper plants.   I put them in the ground.  I gave them water.  They were happy.  I was happy. These peppers are such funny characters.   They have been in little starter pots, but not growing much.   Maybe they didn’t like the potting mix. After all the planting was done, Eric  and I talked into the wee hours that night.  I am not sure how either of us finally fell asleep. The next morning we both woke up in a better place.  Sleep is a 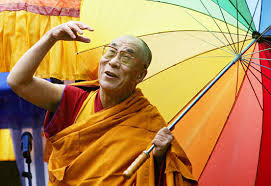 very good thing. Now, as I write this,  I can’t say I really know what’s happening, and nobody can. So I am turning to this quote for help and relief. “If a problem is fixable, if a situation is such that you can do something about it, then there is no need to worry.  If it’s not fixable, then there is no help in worrying. There is no benefit in worrying whatsoever.” ― Dalai Lama XIV

Comments and thoughts welcome — scroll down to the comment boxes.  I will approve your comment and you’ll see it posted a little later.  The approval process is an interim step which helps to avoid spam. In Care of Relationships with Terri Crosby– Tools For Creating Positive Momentum.  https://incareofrelationships.com.  Terri is a relationship mentor.  She helps create life-affirming, ever-evolving, happier relationships with those you love. If you are ready to take your relationship to the next level, you can sign up to be on the mailing list HERE.  To subscribe to her blog, hit the subscribe button on this page and add your email address.